The Big Business of Faking Your Own Death

Who would fake their own death? While we may find it hard to believe, it’s actually more common than we think.

To fake your death is also called pseudocide or a staged death is a case which an individual leaves evidence to suggest that they are missing or dead to mislead others. There could be a variety of reasons someone might choose to fake their death such as fraud to collect insurance money, those facing financial ruin, those wanting to evade police, or those who want out of a relationship. They all want to start a new life.

Pseudocide has been committed for centuries. Those who attempt this façade come from all walks of life, from ordinary citizens to authors, and even those in the corporate world. However, people that attempt pseudocide lack comprehension of the consequences, and lack knowledge of how to successfully carry their plan out.

To fake your death is not a crime, however, it is almost impossible to do it without breaking laws.

In 2014, Raymond Roth was sentenced for faking his own drowning at Jones Beach in a life insurance scheme and pretending to be a cop while attempting to lure a woman in Nassau County, New York.

He was sentenced to 2 to 7 years in prison and ordered to pay more than $36,000 in restitution to the Coast Guard and Nassau County Police.

On July 28, 2012, prosecutors said Roth was reported missing by his 22-year-old son Jonathan Roth who frantically called 911, saying his father had disappeared in the waters off of Jones Beach.

The 911 call triggered an intense water and air search costing thousands of dollars. No one witnessed Roth swim away and he was initually presumed dead due to drowning.

Prosecutors said in court that the father and son schemed to fake Roth’s death in hopes of cashing in over $400,000 in life insurance policies. The plan was Jonathan would file an insurance claim right away.

The plot was discovered when Roth’s wife, Evana, found emails between the father and son discussing the details of their plan.

Roth initially fled to Florida to hide out but was pulled over for speeding in South Carolina. In March of 2013, Roth plead guilty to conspiracy charges in the life insurance plot. 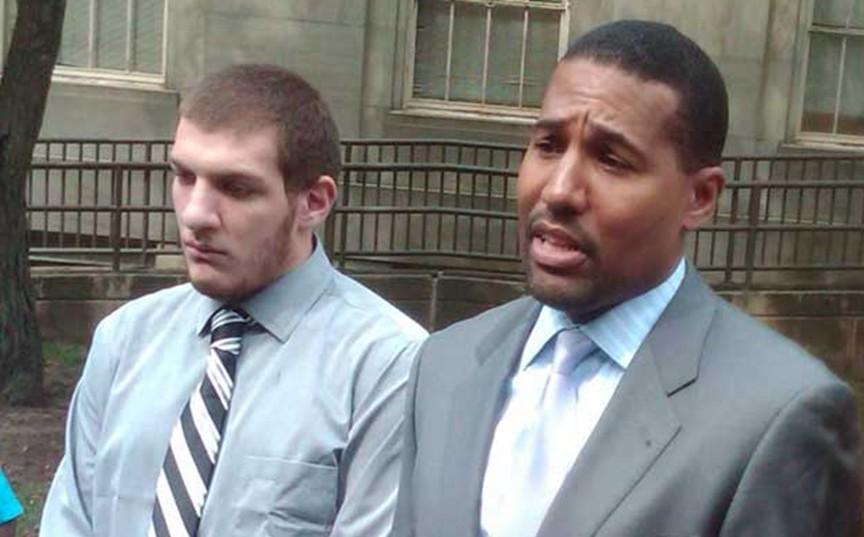 (Jonathan Roth was sentenced to a year in jail for helping his father fake his own death in Massapequa, New York.)

Roth’s son, Jonathan, apologized in court but was sentenced to a year in jail.

“Pseudocide isn’t inherently a crime,” said James Quiggle, director of communications for the Coalition Against Insurance Fraud in Washington, D.C. “But it involves so many built in frauds that it’s virtually impossible to legally fake your own drowning. Frankly, you’ll only be drowing in fraud.”

Buying a “Death Kit” in the Philippines

As reported by Annabel Fenwick Elliott at Traveller.com, for $630 travelers can purchase a “death kit” complete with documents that “prove” your death. The process involves buying an unclaimed corpse from a morgue in the Phillipines.

One has to wonder if it is even possible to disappear anymore. Our every move is monitored by the National Security Agency, closed-circuit TV, phones transmitting our location, drones, even friend tagging us on Facebook.

Elizabeth Greenwood, an American author of “Playing Dead: A Journey Through the World of Death Fraud,” was one of those people. In 2013, Greenwood was 27 years old and burdened with a six-figure student debt.

She decided to go to the Philippines to erase herself and escape her problems.

Greenwood initially went to a man named Franki Ahearn. Ahearn resembled a biker and has the word “Freedom” tattooed across his shoulders. Mr. Ahearn told Greenwood that he helps people disappear, not fake their own death because it is illegal to file official paperwork about a fictitious death, but legal to disappear.

In 2013, Greenwood “died” in the Philippines as a tourist. Several people witnessed her crash in a rental car into another vehicle in Manilla on a busy road. Doctors at the hospital there pronounced Greenwood dead on arrival. At least that’s what her death certificate says.

In reality, Greenwood is alive and living in New York working as a journalist.

Why did she do it?

Greenwood began thinking about making herself disappear after she had told a friend about her school debt and they responded in jest that she should just disappear.

“I began poking around online and discovered that death fraud truly is an industry with a whole host of experts and c onsultants to help you go through with it,” said Greenwood. “And there are far more people than you might imagine who had done it themselves, with varying degrees of success,” she added.

She decided she wanted to research the subject.

Why they do it in the Philippines

“In my early research, I dug up a 1986 Wall Street Journal article that quoted a representatives from Equifax insurance saying, ‘In one Southeast Asian country, there’s a private morgue that picks up dead derilicts, freezes the bodies, and sells them for insurance puposes.’ I found this totally intriguing , bizarre, and macabre,” Greenwood told Traveller.com.

“Again and again, they named the Philippines as a hotbed for the kind of theatrical death fraud that involves false corpses,” Greenwood said. “They snigg out life insurance fraud all over the globe—it is attempted everywhere—but they told me some memorable stories about cases they’s worked on in the Philippines, so I wanted to checki it out myself.”

What is the cost?

What does the cost include?

Greenwood stayed in the Philippines for a week, and while there, found some locals who obtained her death certificate from an infiltrator who worked in a government agency.

Greenwood never broke any law by filing the documents with the US Embassy.

Do they need a body to pull this off?

“If you are trying to cash in on a life insurance policy—obviously you’d need an accomplise to make the claim for you—you need a body, since without one most companies will wait seven years before paying out the claim,” Greenwood tell Traveller.com.

In black market morgues, one would need a death certificate, autopsy repport, police reports, a medical report and witness testimony.

Some may go as far as having a funeral for their decedent and filming it to submit to the insurance company, but unessesary.

What if a person just wants to disappear?

“If you’re not committing life insurance fraud, you needen’t go through all the extra trouble, Greewood said. “Staging a more open-ended, elegant excape, like disappearing while on a hike, usually looks more believable to investigators.”

Petra Pazsitka was presumed dead since 1985, and missing for twenty years without ever breaking any laws. German authorities discovered her alive in 2015. The only thing she was penalized for was failing to register herself alive.

As for risks Greenwood took to research her book, “In my case, I wanted to go through the motions to see what it felt like to obtain these documents,” she said. “Filing would’ve been illegal. Obtaining them? I’m not sure, and I’m glad I never found out. But I’m not going to lie, I was definitely nervous flying back to the States with my own death certificate in my backpack.”

Fraudulently dying happens frequently and Greenwood saw an increase in cases in 2008, when the United States suffered a financial collapse.

“I think it will always happen. People will always look for a way out,” Greenwood told Traveller.com.

It may be easier now because there are more ways such as buying documents on the Philippines or finding a source on the deep dark web, or finding a pravicacy consultant to help.

“But the reason people get caught is time-proof and universal. They just can’t cut ties to their old lives. 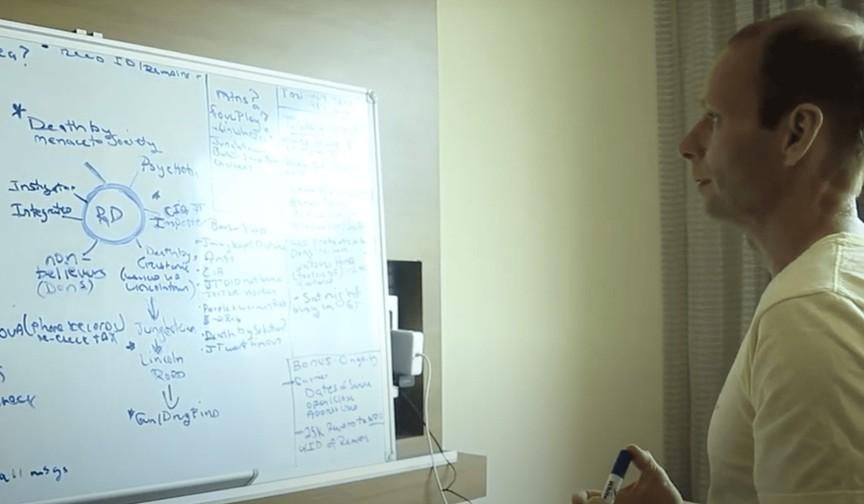 (Thomas Lauth has been a private investigator for over 25 years and works with his team o0f private eyes to solve missing person cases.)

The work private investigators do is very different than what is depicted on television. It is often 90% routine and can be very boring, but the remaining 10% is filled with surveillance and work in the field making up for that, many investigators say.

Lauth has worked on hundreds of missing person cases due to foul play, homeless due to mental illness or drug addiction, people with dementia, missing children and human trafficking cases, and those Lauth refers to as maliciously missing, who disappear on their own accord.

“People who commit pseudocide or go maliciously missing, are mostly men but I’ve seen an increase in cases that involve women who are primarily escaping violence in their relationship,” Lauth says.

Lauth has worked on over 30 cases of malicious missing or pseudocide cases during his career. “In my 25 years of conducting missing persons cases a number of my cases have been malicious missing adults. Adults who chose to change their life for various reasons from abusive spouse to wanting leave family and kids behind. Its unfortunate individuals choose this route as it can put families in so much pain missing their loved ones and thinking instead they are deceased.”